One of the most common bleeding disorders worldwide is Von Willebrand Disease (VWD). VWD occurs when your blood has lower levels of an important clotting factor, Von Willebrand Factor (VWF) or your VWF is not working well. This can result in bleeding, particularly nosebleeds, heavy periods and bleeding after childbirth or the dentist. In some people, the VWF levels are only slightly lower than normal, this is called “Low VWF”. You might expect that if the VWF levels are only slightly lower, then the bleeding is only mild. However, our study, the Low Von Willebrand in Ireland Cohort (LoVIC) study, showed that people with Low VWF can experience a lot of bleeding symptoms. Importantly however, people can respond well to treatments to stop bleeding (tranexamic acid) or to boost your VWF levels (desmopressin).

The LoVIC study was funded by the Irish Health Research Board (HRB) (www.hrb.ie). With our clinical partners in the National Coagulation Centre, St. James’ Hospital Dublin over 200 Irish adults with Low VWF have been enrolled to date.

International scientific collaborations with research leaders in Canada, the USA and Europe have helped to discover important new findings on the cause and treatment of Low VWF. Feedback to patients is presented annually at the Irish Haemophilia Society (www.haemophilia.ie) VWD patient information days. The LoVIC study is an Irish research success story, with results of this study presented worldwide and helping to shape better treatments for patients internationally. The HRB have continued to support this work, funding a paediatric study, the LoVIC-Kids study, (undertaken with our paediatric partners in Our Lady’s Children’s Hospital, Crumlin) and for the development of this website. Together, the LoVIC and LoVIC-Kids studies have highlighted the challenges women face in recognising heavy bleeding symptoms and reaching a diagnosis of a bleeding disorder.

If you would like more information and to read more about the work originating from the LoVIC studies please check out the links below: 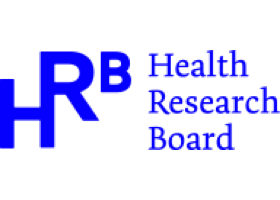